The Evolution of Metal Manufacturing 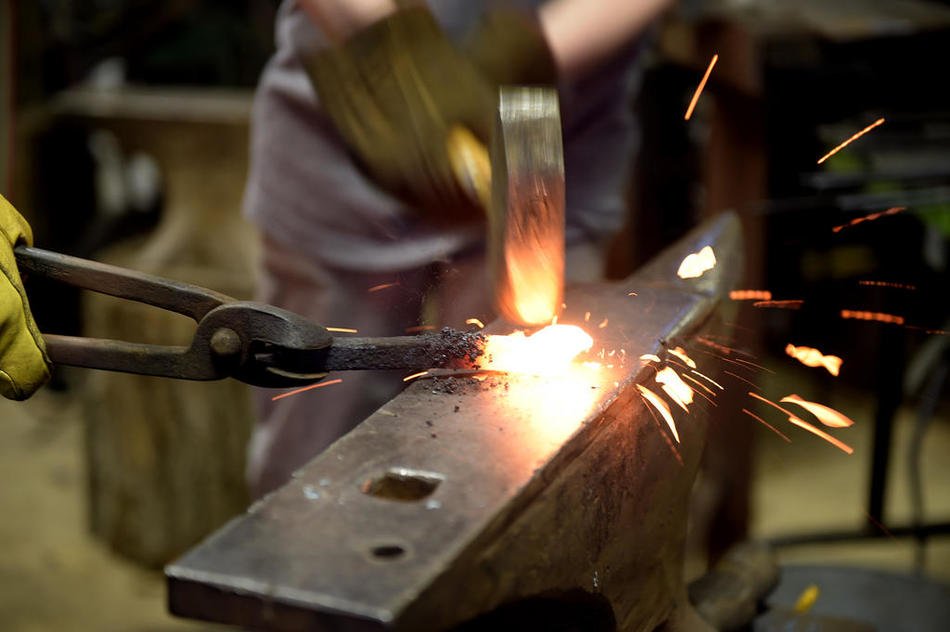 Modern manufacturing has made metal products available to all kinds of customers. This is still a fairly recent development, though. Metal manufacturing today owes a lot to the inventiveness of traditional metalworkers and blacksmiths.

Originally, all metalwork products were unique, hand-worked items. Softer metals could be melted and poured into forms. The first evidence of metal work appears in ancient Palestine and surrounding Middle Eastern regions. These early craftsmen worked with very soft metals, such as gold, silver, and copper. Since craftspeople were still learning how to remove ore from rocks, metalworking was relatively rare, and the metals favored by early craftsmen often appear in large, unified quantities. Gold, for instance, may appear in relatively pure ‘nuggets.’

As harder metals like iron became more readily available, blacksmiths became the default metalworkers of their communities. Since even their hot hearths couldn’t keep hard metals soft for long, blacksmiths developed stage-oriented production methods that focused on shaping hard metal in stages. A blacksmith heated the metal, worked it briefly, returned the metal to the heat, and continued in this rhythm until he finished creating the product. One of the greatest problems for metalworkers was heat. Many specialized tools, including bellows, were invented to spike a fire’s heat so it could adequately soften hard metals. There are still plenty of blacksmiths around today, although they typically make artisan products that are far more expensive than mass-produced options.

Manufacturing leaders today directly link the evolution of metalworking with the ability of individuals to not just shape but also mix metals. Most of the metal we use today is not a simple, purified ore. Even bronze, one of the first widely-used metals, is a mix of copper and tin. Steel, one of the most critical metals in any manufacturing process, wasn’t introduced until relatively recently. It has had the greatest impact on metal manufacturing of any advancement, and since its introduction, metal manufacturing has progressed rapidly in that short amount of time. This is likely due in part to the fact that steel is harder to work with, and it created a demand for new metalworking techniques. After all, even though a traditional blacksmith can work with steel, it’s an incredibly time-intensive process.

The Introduction of Modern Manufacturing

Like blacksmiths back in the Middle Ages, modern metal manufacturing creates varying parts. These ultimately become part of a more significant, finished product somewhere else. Metalworking is still a very particular skill. While manufacturers don’t need to keep a fire going with bellows anymore, they still rely on specialized tools. These include everything from high-powered lasers to the mechanized presses used for metal stamping.