LTC: Profile of an Industry Leader

The LTC story began in the same way that a lot of American dreams do: with two energetic, committed entrepreneurs, a small shop, and a lot of hard work.

Today LTC is a profitable, stable, privately held corporation operating in the United States and Mexico. Its manufacturing footprint occupies over a half-million square feet. It produces tens of millions of rolled and stamped metal parts for leading OEMs and major international suppliers annually. It maintains four facilities in the US and Mexico. 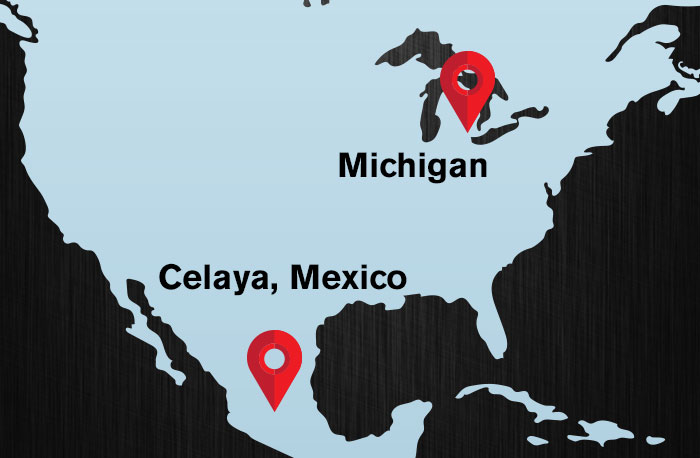 Most importantly, it has earned the trust and allegiance of an impressive range of industry-leading customers who count on LTC to produce reliable, high quality parts and components for their most critical vehicle lines.

LTC: A Tradition of Metalforming Excellence

In 1967, LTC Roll and Engineering began as just one more American dream. A very small company formed by two hardworking men with the goal of being the very best at what they did. Identifying a pronounced need in the southeast Michigan industrial market, Andy Ligda and Ned Cavallaro set out to manufacture roll form tooling – and do it faster, better, and more economically than anyone else.

Ligda and Cavallaro gave themselves one primary challenge… deliver 100% defect-free product, on time, every time. It was a commitment that set the course for their approach to business, and it is a commitment that LTC maintains today. Customers were quick to recognize LTC’s expertise, integrity, and orientation towards providing outstanding customer service, rewarding the company with a steadily-growing volume of business. Soon, LTC tooling was in regular production shipping to OEMS as well as suppliers of all sizes.

In 1977, Ligda and Cavallaro decided to apply LTC’s roll forming expertise not only to the manufacture of tools, but to parts themselves. Without incurring debt, the company acquired additional production space and tooling and set about the manufacture of its inaugural range of roll formed parts. LTC again realized rapid success, becoming renowned for the quality and consistency of its products.

LTC expanded into a newer, larger facility in 1988 located in Clinton Township that currently serves as its headquarters, sales office, and engineering center as well as a primary production facility. In response to expanding demand, the company added an additional 150,000 square feet of manufacturing facilities in 2001.