What is Roll Forming-A History of Then and Now 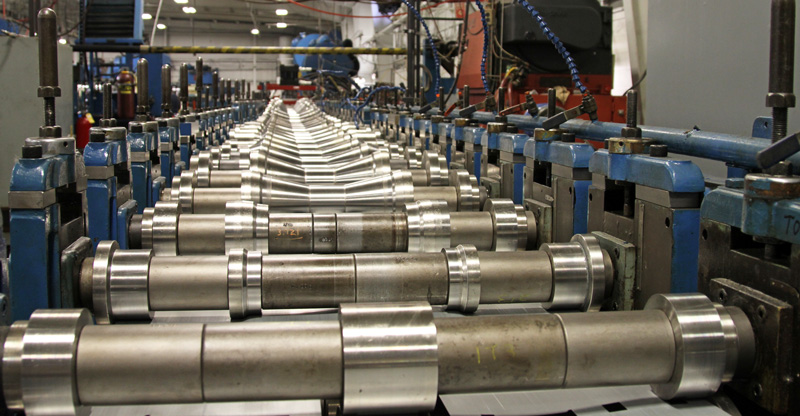 Roll forming is the preferred method for most manufacturing companies to create different parts. This is because it is one of the simplest ways to manufacture different parts in large quantities as fast as possible.  But what is it exactly? In this article, you will learn everything you need to know about roll forming, a history of then and now.

What is Roll Forming?

In order to understand roll forming, you first need to know what rolling is. Rolling is a process of metal forming. In this process, metal stock is passed through one or more pairs of rolls to reduce its thickness. It also ensures that the thickness is uniform. With that being said, roll forming is a type of rolling. It involves the continuous bending of a long strip of sheet metal into the desired cross-section. The strip passes through sets of rolls mounted on consecutive stands. Each set performs an incremental part of the bend until the desired look is obtained. This form of rolling is ideal for producing constant-profile parts with long lengths and in large quantities.

When Did Roll Forming Begin

Roll forming began as early as 600 BCE in the Middle East and South Asia. There, they used the basics of what we know today as a rolling mill. However, more streamlined mills, closer to what we use today, were created across Europe and Britain. The design for these came from drawings done by Leonardo da Vinci. Slitting mills were created first. Slitting mills passed flat bars between rolls to form a plate of iron, which was then passed between grooved rolls to produce rods of iron. Patents were given to Thomas Blockley and Richard Ford for the first tandem mill which was for hot rolling. This paved the way for all other forms of rolling.

Without the efforts of the inventors and workers stated above, roll forming wouldn’t be what it is today. They truly paved the way for the art of modern roll forming. When rolling first began, people used hammers, working at a very slow pace. Today, we use machines with a fast production rate. Production rate varies based on the material thickness and the bend rate. As a result, this process is used to create automobile parts all across the world. In part, this is due to the simplicity of the process, but it’s also because of the speed at which roll forming produces the product.

Roll forming is one of the best ways to produce product at a fast and cheap rate while not compromising on quality. It has been a tried and true method for many years. At LTC Roll and Engineering, our company continues to rise to the top of this production process. Moreover, we are one of America’s leading providers of parts and tools. Through the art of roll forming, we process over 800,000 pounds of steel per day and were chosen by General Motors as the recipient of its coveted “Supplier of Excellence” award.
At LTC Roll and Engineering, we offer bumper beams, cross sills, door frames, floor reinforcements, frame cross members, glass channels, I/P beams, rear window reinforcements, rocker panel assemblies, roof bows and headers, seal retainers, seat tracks, sliding door track, radiator supports, under-body components and reinforcements, tire carriers, and frame rails. To learn more about these, contact us today at (586) 465-1023.