The Different Types of Assembly Lines in Manufacturing 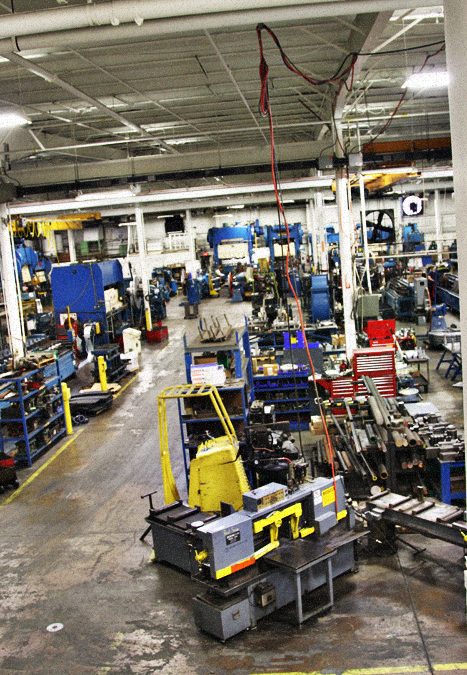 Assembly lines have changed dramatically over the past one hundred years. New techniques and assembly styles allow for speedy and flexible production. Certain new methods address some of the most serious assembly line flaws by protecting employees. Others allow both efficient production and options for customization and partial assembly. Here are the four most common types of assembly lines still in use today.

A classic assembly line is the sort of manufacturing process early car manufacturers like Ford made memorable. This type of assembly line uses a number of steps, performed by different workers, to create a single product. That product is usually large and/or complex. Regardless of size or complexity, however, each product is essentially identical. Again, cars are a great example. A car is not a simple thing to build, but every car with the same make, model, and year feature all the same parts in the same places.

An automated assembly system might look a lot like a classic one, but it features one critical difference. There are fewer humans and more machines. Machines governed by computers almost entirely staff today’s automated systems. Many manufacturers adopted this model over the past decade or two. In theory, it reduces long-term costs, and it certainly cuts down the likelihood of human errors. Most of these systems still follow classic procedures, however, and many build similar products. One great advantage automated systems have over human labor is the ability to handle hazardous materials. The age of radium girls is over. Those kinds of jobs, now go to machines.

Unlike the previous two assembly line types, intermittent assembly does not produce identical products. Although products are very similar, this type of manufacturing allows customization and variety. Furniture may come in various colors and materials. Some items may feature special, decorative details or special upholstery fabric. Intermittent assembly allows manufacturers to assemble similar parts quickly while leaving room for customization. Many manufacturing plants and builders use this technique for partial assembly.

Like automated lines, lean assembly lines adapt classic assembly techniques. In lean assembly, products still come together piece by piece. However, teams of workers man each station instead of individuals. As a result, it makes assembly vastly easier for a range of different products, especially big, complicated items. Team members move around to different tasks, and assignments change periodically. In turn, this helps manufacturers get the most out of their assembly line workers, many of whom suffer from physical and mental problems after performing a single task for too long. In the end, the manufacturer enjoys faster, more aware workers. They also have to deal with fewer workers’ comp claims.